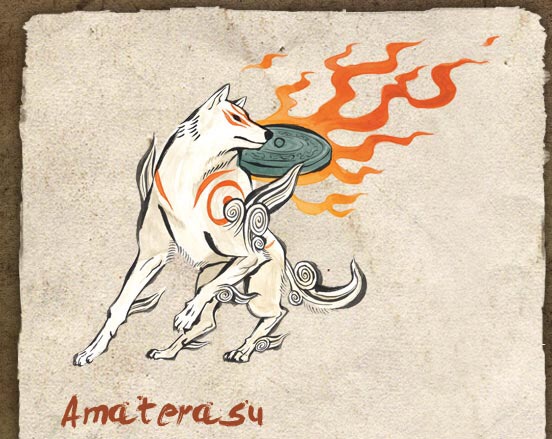 How often do you leave a video game unfinished? Perhaps it’s too hard? Maybe it’s boring? Or maybe just not your thing? There are not many games I have started and not completed, so perhaps a brief look at an example, along with the reasons why is in order!

You could say there are many games I haven’t finished. I wouldn’t say that I’ve finished Super Smash Bros. Definitely haven’t finished Fast RMX. Is it possible to finish a Fifa game? I’m not sure, but here I’m looking at a more story based game, with a beginning and end. Of this type of game, there is only one that I have officially quit and not returned to, and that is the beautiful Okami (Clover Studio/Capcom, 2006), which has recently been announced for an HD re-release on the PS4:

The point of this post is not to talk about games you played for 20 minutes and hated, but to look at the more subtle reasons why you might quit a game. The reason I feel mournful about not finishing Okami, is that in its essence, this is a game I should love.  The graphics, the music, the sidekick – all right up my street. But for me it just doesn’t work! The problems of this game run deep. Both the fighting mechanics and wider abilities are difficult to use and difficult to understand.

For example, early in the game, the game’s protagonist, Amaterasu (or Ammy), gains an ability called Rejuvenation. This allows her to conjure or repair missing or broken objects using her paint brush. In one example, you accept a side-quest from Mrs Orange in Kamiki village, who has lost her clothes pole. Theoretically, this should be as simple as drawing the lost pole back in place, however, after many attempts, this didn’t seem to work, so I gave up confused. Having looked on the internet whilst writing this article, I realise that this IS in fact how you do it, it just didn’t work when I tried it. This may represent a difficulty in using the motion controls, and I appreciate that this might not be a problem for those who played it on the PS2, however, it is frustrating to basically have solved the problem, but to think you haven’t because nothing has happened.

This isn’t the only thing I found difficult or confusing in the game though. Another example is fishing. In Okami you can fish, both for fun and to make money. You can also feed animals and collect food for yourself. However, for reasons that are beyond me, you can’t use the fish you catch to feed anyone. This just seems like a natural thing to be able to do, but maybe here I’ve been spoiled by newer games. 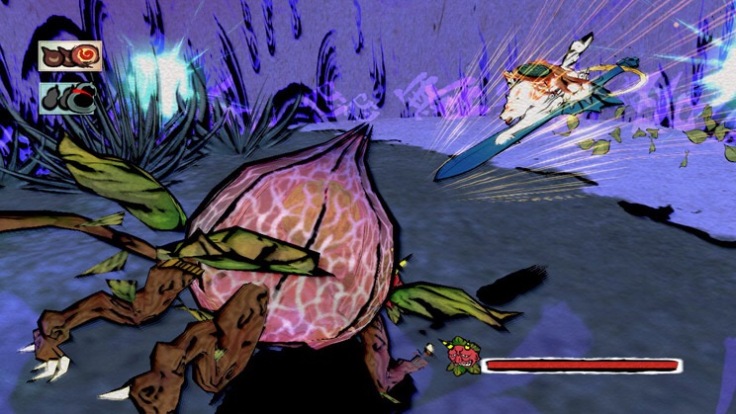 The battle system is also a bit confusing. It’s not that I couldn’t win battles, but that I found battles difficult to follow and techniques difficult to master, plus the battle areas felt claustrophobically small.

New techniques and weapons (known as divine instruments) are available at particular locations in the game, techniques from dojos and divine instruments from merchants. However I didn’t find this straightforward either. The first time I encounter a dojo, I’m already quite far into the game. There are quite a few abilities listed, most of which are expensive and so I can only afford one. The problem I had here was that as I had no clue where the game was headed, I had no idea which one to pick. They all sounded good in their own way, but I felt I didn’t have enough information on which to base a decision, and the same goes for choosing new divine instruments. In most JRPG’s that I’ve enjoyed, I’ve been able to come up with a strategy to help me to choose an upgrade path based on lessons i’ve learned from the game. Here however, I feel there is too much choice and too little guidance.

I don’t want you to think that there is nothing about this game I liked though. For one thing, it is one of the most beautiful games around. Although it sometimes feels lonely, the characters, particularly Ammy, are interesting and well done, and it even has a sense of humour.

However, for all those other reasons, I’ve never completed Okami. I would in fact be interested to hear why you think I should return to it! Moving on though, this article was also inspired by another game, one which I have now finished, but had previously quit. This was Half Life 2.

This was recently picked up again in my household, around a year after it was given up for good. Turns out we quit just before the good bit. Now, I know what you’re thinking – you’re thinking “what are you talking about woman? This is one of the best games ever made!”, or at least that’s what the internet seems to think. You could, if you’re of a different inclination, be thinking “oh yeah, that game has too much driving in it“, or possibly “shut up and write more about Okami“, but I’m not judging. 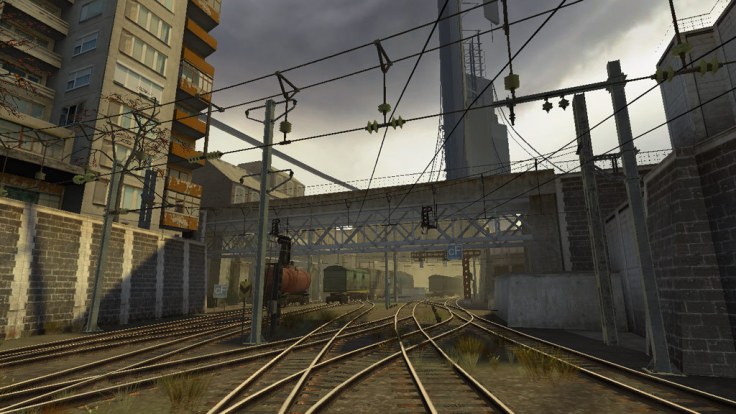 I mention in almost every article that I don’t play first person shooters, so really I just watched this being played, but to watch, the majority of the game isn’t up to much. It’s not that it doesn’t look good,  the characters are interesting (except Gordon…), and the story is cool, but there is just SO MUCH DRIVING. And shooting. And feeling extremely lonely. As although the characters are great, they don’t seem to be in it that much. There were however a few positive signs early on in the game that it might actually be quite good, and I particularly liked the bit set in Ravenholm, which you mainly spend on roof tops with Father Grigori. The bit where you have to climb across the girders underneath that massive bridge in the Highway 17 chapter is quite cool too. Also the Ant-Lions are one of the most adorable inventions ever.

However, not long after the bridge climbing bit there seemed to be about 3 hours of driving and 3 more hours of shooting stuff, and then a period of gaining followers who are a bit too dispensable, so I pulled the plug.

It was written off, taken out of the 360 and placed firmly back in the Orange Box to gather dust. However, in August 2017, Edge published a new version of their 100 best games list, and, as it had been previously, Half Life 2 was in the top 10 (albeit slightly lower down, cos, you know, Breath of the Wild). This got me thinking that perhaps it was worth another look. We could just pick up where we left off on the streets of, erm, wherever we were at that point.

A few hours later and the game was done. I was thoroughly confused by the ending (having not played the first Half Life), but all in all it was time well spent. The ending is exciting, tense and uneasy, and I was sorry to not have got to it sooner, even though I’ll almost certainly never play the sequels.

So with Half Life 2 I was taught a lesson in persistence. But what about Okami?  Am I wrong about it? Should I pick up the shiny new HD version? Am I just wrong generally, and should never be allowed to post again for dissing Half-Life 2? Get your fingers out and let me know below!

Thanks for reading, and hope to see you again at Halloween…

Okami is available now on: PS2, PS3 and Wii. An HD remaster will be released for PC, Xbox one and PS4 in December 2017

Half-Life 2 is available now for PC, Xbox, Xbox 360 and PS3 (and possibly other things).