Jingle Bells! Jingle Bells! Jingle all the….Right! The countdown is really on now and I’ve been too busy glugging mulled wine to do any wrapping. However, as today’s edition of Creative Christmas is about music, I might just stick some on to help me on my way…Before I get down to the serious business of actually answering the question, just a quick thank you to Kim from Later Levels for organising all of this, and do make sure you check out all the other awesome participants!

It’s now Christmas Eve and you’re throwing a lively party for all your friends, family and favourite characters. Which video game soundtracks would be on your playlist?

Ok, so I have a couple of soundtracks in my collection, and a few random orchestral arrangements of game music, but at my parties I don’t like there to be too many violins, I just want there to be catchy melodies and sometimes loud guitars. Most people who know me will be aware that during christmas I only listen to Twisted Christmas by Twisted Sister, but I’m prepared to throw in a few tunes from games here too!

As I’ve discussed on this blog before, one of my favourite video game series is Guitar Hero, and there have been so many of them that a playlist based on this would be easy, especially as I’m a rock and metal fan. Dragonforce are after all terribly *terribly* festive. However, I decided that for this purpose that would be cheating, afterall none of those songs were written for the game, just utilised in it, and I wanted to go for something more original.

Therefore I have picked this: 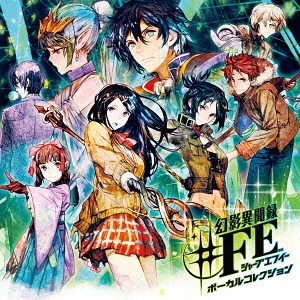 For those of you who are unfamiliar, that is the Tokyo Mirage Sessions #FE Vocal Collection. I wouldn’t have the soundtrack per se on the stereo, in fact I never want to hear the music from Illusory Daitou TV ever again. But, I would have this collection of songs from the idol-tastic game to dance along to throughout the evening. Just quickly, I very much wanted to include the songs here for you to listen to, but couldn’t work out a way to do it legally. However please do check the tunes out via this awesome playlist on YouTube made by P’ Music Room and then go buy the album 🙂

There are a few lively ones for near the start of the party – everyone is buzzing, excitement is in the air. I’m probably drinking beer, but there will definitely be a few people on the Amrita Soda, so why not pop the Amrita Girl song on? After that there might be some gift giving, so Give Me seems like the obvious next track. Only question is are the presents cool or cute?

As things rev up, the party people in the crowd will want something with a bit more substance, something they can really dance to. How about then a bit of Dream Catcher? That way, those who brought their dancing shoes can pair up and dance together in perfect synchronicity, thus charming the whole room. 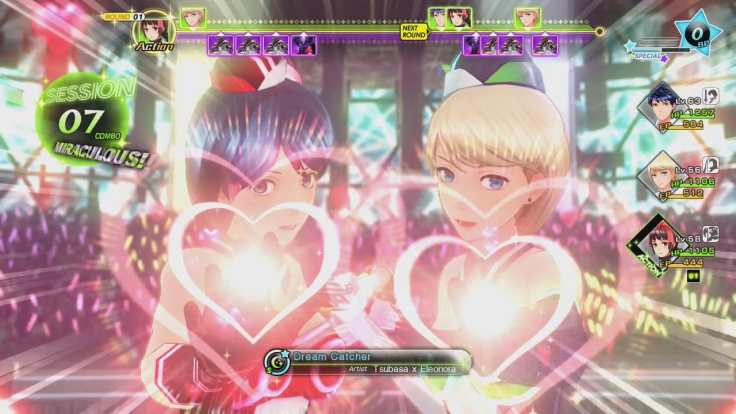 Since my guests are now all charmed, perhaps a few people will couple-up. So I think we need to bring it down a notch and put something romantic on the speakers. Although it’s quite a sad song about a teenage romance which is ended when the boy reveals he’s an alien and has to return to the moon (that isn’t really a spoiler by the way), I think Under the Moon would work well here.

I guess most people will be heading home now (thank god), but I think something slow and contemplative to finish, so cue Not an Illusory World, sung so sweetly by my favourite MyLittleDragonUtaloid™:

It’s late now. There are still a few people asleep on the sofa, they probably have places they should be getting home to and I’m not sure if I actually know them, but who cares. I’m going to bed, just as the first flakes of snow start to fall on the now silent town.

P.S. Make sure you tune in tomorrow for the dreaded ‘Mistletoe’ question…