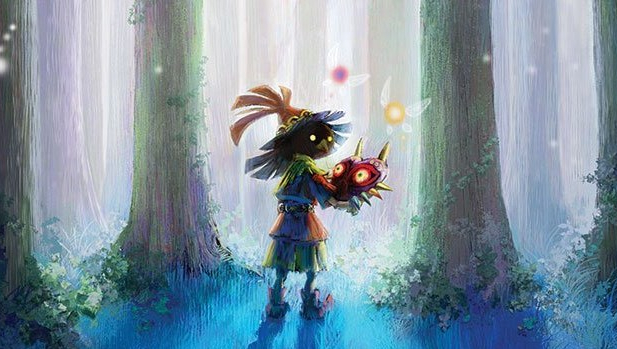 Now it’s time for the second week of the GamersUnitedGG Blogging Competition. I hope you had a chance to check out last week’s entries and put in one of your own. Big thanks to Luna at GamersUnitedGG for making this happen and for writing such good prompts.

Last week I created a character called Osha, who was going to be the hero of my new game. Today however, the prompt is:

Week 2: January 15th – January 22nd – A great video game would be nothing without a compelling villain, who is this villain and what is their goal?

So I have to come up with a villain. A foil for my hero. Someone with a dastardly plan. Well once again, I’m going to theme my villain around a JRPG concept story I came up with last year, and so they will have to be in some way involved with the wanton destruction of the environment.

In my story, greed and neglect within the world’s government has led to the slow destruction of the environment, and I’d already decided that the ‘bad-guys’ in my story were mostly going to be politicians. I thought politicians were a good choice, not just because they are in the news a lot at the moment, but also because they are people who hold power. Most of the underlings are mouthy, arrogant politicians who seek profit and ignore warning signs. However, behind this I think there should be a shadier figure.

So with a keen eye on every situation sits the planet’s unelected leader, Mira. She has long violet hair, a short-sword tucked into her floor length cape and a devious look in her eyes. She didn’t start out as a villain necessarily, but after a life being worn down by political masquerading, she believes the only thing left she can do is to get the fools to destroy themselves and take the planet with them. She however is using the planet’s precious resources for another purpose –  as a fuel to escape to another world and leave the human race to annihilate itself. She is quiet and polite but ice-cold. She will destroy anyone who gets in her way, and unfortunately that includes our hero Osha, so expect some full on battles with a lot of shouting from Osha and a lot of cutting remarks from Mira.

So what do you think of my villain? Think you can come up with something better? Well if so why not head on over to GamersUnitedGG and get your thoughts in. Time is running out!