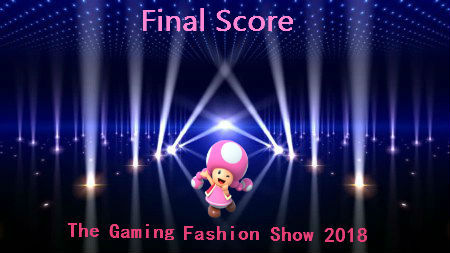 Well, that’s it. The Final Catwalks have been walked, the judges have been impressed (and occasionally unimpressed) by the level of FASHION on show. After an arduous and nerve wracking deliberation process, the judges have spoken. So let’s find out who is the stylishest of them all!

In case you’ve shown up fashionably late to this event, get a drink and allow me to explain. High Score Haute Couture: The Gaming Fashion Show was staged throughout April & May 2018 at a number of venues around the Blogospere. It saw the best and the bling-est from the world of video games strutting there stuff in an attempt to become the inaugural winner of the event, and to be able to say once and for all that they are the classiest, sassiest most fabulously dressed video game character ever (EVER).

Hosted by myself, Pix1001 and the fantastically attired Chris from OverThinker Y, this event kicked off with two 5-way fashion face-offs, featuring the glitziest, suavest and most cutting edge (clothes wise at least) video game characters. A week of frantic open voting followed. People came from far and wide (and occasionally from Twitter) to cast their ballots in what turned out to be a nail-biting vote to establish the winners from each show, who would then go on to face each other to find out who would wear the High Score Haute Couture crown.

Our winners couldn’t have been more different, but both showed true class to make their way to the Final Showdown. Three judges were chosen to be invited and each would cast their votes, utilising the insight and fashion flair that they have all accumulated through many years of video game fashion study and criticism (or…something like that).

First up, sauntering onto the OverThinker Y runway was none other than the bad-ass bounty hunter herself, Samus Aran! 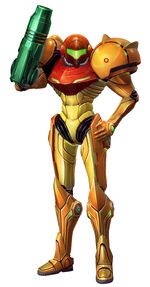 Her suit changing antics certainly give her a cutting edge on the battlefield that can take down whole planets, but what would our judges make of her wardrobe changes and morph ball chic?

Here at the Shoot the Rookie Catwalk, we were delighted to welcome an animal at the height of accesorization cool, the hottest dog in video games, Repede! 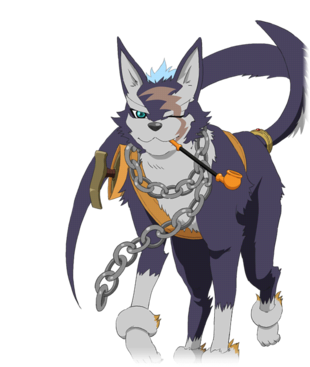 Now Repede knows all about accessories, but will his lack of actual clothing hurt his chances of winning video game fashion’s foremost title?

Well, let me tell you it was a tense wait for our competitors. Not even dog biscuits could keep Repede happy, and Samus nearly destroyed the place with her impatient use of morph ball, but the judges needed to take their time. This was the biggest announcement in video game fashion history after all.

First to make a judgement was the firmly fashion-forward (no matter what he may say) Ian from Adventure Rules. In the dim lights of Blogtown he was convinced to make his judgement. A video game fashion stalwart, Ian watched the two displays, weighing up the pros and cons of each catwalk performance. But what would be his verdict? Perhaps Repede’s lack of outfit would cost him this time? Or maybe Samus’s shoulder pads were just a bit too much. Well after his careful analysis, our first judge voted for… 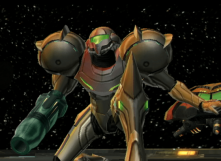 This isn’t a good start for Repede! Ian’s deliberations were thorough, fair and represented some of the most sophisticated thoughts about the cut-throat world of video game fashion that have ever been recorded.

Next up, we have the highly experienced fashion follower, Khinjarsi from Upon Completion! Clearly knowing the fresh fashion from the old hat, Khinjarsi explored the stylish nuances of each display, from the very ‘in-right-now’ shades of Repede’s fur, to the dazzling first suit change by Samus, there was clearly a lot of style on show here. Not all our competitors moves worked on Khinjarsi (choreographers note: do NOT allow the dog to go swimming next time), but I’m sure both Repede and Samus would be keen to learn from their mistakes. At the end of the day, the vote had to go to the one, the only, the king of accessories himself… 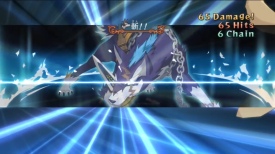 So. There’s just one vote left and it will decide once and for all who is the voguest video game character out there.

Our final judge The Gaming Diaries, may be new to the world of video game fashion judging but they approach the judgement with stacks of haute couture class and show-stopping style. Whilst the actual fashion displayed by our dog Repede might have been limited, The Gaming Diaries see’s past this to the drama of the show itself. Style isn’t just about clothes dearest readers, and Repede clearly has the skills to pull of a dramatic show. But what about Samus? Costume changes, show management and dazzling lights are all recognized here as the pinnacles of video game fashion that they are, and so the final vote and the title of High Score Haute Couture Winner 2018 goes to… 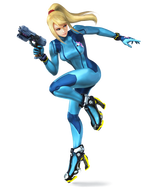 Many congratulations to our winner Samus Aran for her breathtaking performance! Congratulations also to Chris (the world’s newest Mage) for putting together such a fantastic show, and for getting Samus to take part in the first place – it can’t have been easy matching her bounty hunter income for a month!

That concludes proceedings for this, the inaugural edition of High Score Haute Couture, hosted by myself Pix1001 for Shoot the Rookie, and Chris for OverThinker Y. Before we turn out the lights, I want to say a huge personal thank you to Khinjarsi, Ian and The Gaming Diaries for their excellent judgements – we truly couldn’t have done it without you and I loved reading each one of them –  I hope you enjoyed taking part! Finally, a huge thank you to Chris himself for being such an excellent co-conspirator for this event, it has been an honour and a lot of fun to work with you and I hope it isn’t too long until we are collaborating again.

But will Samus be back to defend her title? Will Repede vow revenge on the judges who weren’t bribed by his cute puppy pics? Will such an event ever happen again or has a style high been reached that can never be beaten…

…well, it’s hard to say right now. The world of video game fashion moves quickly, and it will take commitment to keep up to date with it, but hopefully in the not too distant future, we will see some more video game style icons strutting their stuff. I promise there will be no wet dog in the next event whatever happens.

So who would you have voted for? Got any suggestions for a future installment of High Score Haute Couture? If you want to take part in a future event or just want to chat video game fashion, let me know below!

Thank you for reading as always,