Today the 21st Football World Cup kicks off at the Luzhniki Stadium in Moscow, Russia. As I am a huge fan of both Football (or, y’know, Soccer) and Video Games, I wanted to mark the occasion and get the whole blogging community involved. So I will waste no more time in welcoming you, my dear readers, to the opening day of the Video Game World Cup 2018 – A Community Event!

In an unprecedented turn of events, an extra place in the World Cup draw has opened up and we have a unique opportunity to fill it.

My initial idea was to simply put together a team of Video Game characters who could fill that spot and compete against the likes of Brazil and Germany on the world’s biggest footballing stage. I scratched my head and wrote down a couple of names, but I just couldn’t come up with eleven good players. Then it occurred to me – what better opportunity would there be to get some community collaboration on the go? I’m sure if we all put our heads together we can come up with the VERY BEST Video Game football team ever – a true Blogger’s Eleven!

Football and gaming have gone hand-in-hand for many years. You may be familiar with many of the popular football titles like Pro-Evo soccer, the FIFA series and management sims like Football Manager. Thanks to the fantastic Arcade Bar Super Bario, I’ve recently been playing some old-school games like Neo-Geo Cup 98. For the slightly less football minded among you, perhaps you might remember titles like Mario Strikers – Charged Football or Mega Man Soccer?

Many of you may never have played any of those games. You may also have zero interest in Football itself. But worry not! For the Video Game World Cup 2018 event it doesn’t matter one bit if you don’t follow football, this is just a bit of fun for everyone to get involved in!

All you need to know is that Football is a sport played on a large bit of grass with a net at either end. There are two teams, each with eleven players, and one ball. The goal of the game (please excuse that terrible pun), is for your team to kick the ball into the oppositions net. Using your hands to move the ball is not allowed, and neither is kicking, biting, spitting or other forms of violent conduct. There are lots of rules, but none of them are important here (no, I’m not going to explain offside to you).

So, now that’s cleared up I guess you want to know how to take part! Well, it’s really simple. I would like as many of you as possible to write a short post on your own blog outlining which Video Game character you would choose to feature in the Blogger’s Eleven team at this summer’s World Cup. If you know a bit about football you could suggest what position they would play, but if not, just tell me why you think they would be good. Maybe they are very fast or very strong? Very tall could also be an advantage. I’m hoping for some creativity from all you lovely bloggers so the weirder the better, and do feel free to submit more than one.

Once you’ve published it, leave a link to your article in the comments of this post (or let me know on Twitter). It would be good if all entries could be in by Tuesday, July 10th. Once I have them all in, I’ll draw on all my tactical skills, learned from years of playing Football Manager, to reveal the ULTIMATE Video Game football team, who would surely win any World Cup! The team sheet will be published on Sunday, July 15th (i.e. the day of the final!). 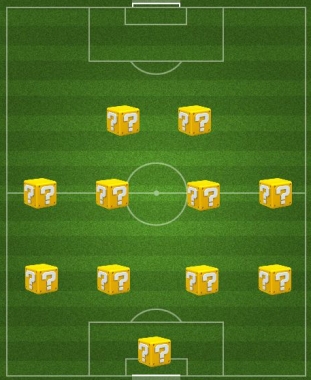 Any questions just let me know below. Happy writing!

Right! I’m off to watch some more football (sadly my country didn’t qualify, but I’m sure I’ll find someone else to cheer for until the Blogger’s Eleven is announced). So go get your thinking caps on, and please spread the word!

Many thanks for reading and taking part, 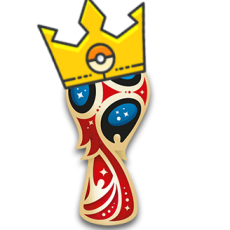