Hello and welcome to June’s Top 5 list here at Shoot the Rookie! This month we are exploring the Top 5 uses of the Wii U’s Gamepad – focussing on the games which utilised the under-appreciated device in the most innovative ways.

The Wii U is a strange one. In terms of lifetime sales it has already been beaten by the Switch, and if the stats on Wikipedia are to be believed (I haven’t checked them, so please don’t take this as verbatim) the Switch, as of 29/06/2018, already has 1180 games listed (including a lot of games that have not yet been released), whilst the Wii U only racked up 758.

There are a lot of reasons why people were worried about Nintendo towards the end of the Wii U’s life, however, despite poor sales, it still hosted some of the finest games out there. As someone who plays games very slowly and who came to the Wii U late, the small number of games didn’t matter. For me it was the quality of those games that was important, and I found much to love on the console.

In this Top 5 however, I’m not necessarily looking at the best Wii U games, but rather studying the best ways games made use of the (slightly odd) Gamepad controller.

So without further ado, and in no particular order, here are my Top 5 uses of the Wii U Gamepad:

This underrated first-person survival horror game was a Wii U launch game back in 2012, and from the extensive use it makes of the Gamepad’s functionality it is easy to see why. Although it has since been ported to various other consoles, and rebranded as Zombi, none of these will offer the same kind of experience given by the original release on the Wii U, which is all about the Gamepad. Amongst the things the Gamepad is used for are accessing and managing inventory, displaying a mini-map, touch screen actions that interact with the world around you (pulling barricades off doors for example), and as an environmental scanning device. This list, which includes uses of the Gamepad’s gyroscope and touch screen, is quite extensive. You might even think that Ubisoft went a little overboard by building in all of these uses for the new fangled Gamepad thing. However, it is not in the mere listing of the Gamepad’s functions that shows how it excels, but rather in the experience of actually using it.

What I mean by this is that most of these functions require the player to take their eyes off the TV screen and focus on the Gamepad. During this time your character is vulnerable to attack, but with your eyes on the Gamepad you don’t necessarily know you are in danger. For example, when you go into your backpack to pull out a different weapon, the character kneels down and takes the backpack off as you would have to do in real life. During this time, they are not able to attack with their equipped weapon as they are kneeling down with their hands in the backpack. These elements make you feel truly vulnerable, and do a superb job of recreating the experience of any given zombie apocalypse. Therefore, I think this game is an excellent example of how the Gamepad’s functionality can provide a new experience for players and help to create a level of immersion you would not otherwise have had. 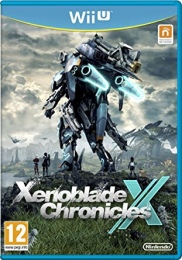 You must get sick of me rambling about Xenoblade Chronicles games all the time, but the sheer scale of the series means that they can feature in pretty much any list, and, y’know, I love them so why not! XCX (yep…that’s what i’m calling it) was only the second game I played on the Wii U, and it was the first to really show me what the Gamepad was all about. In this game, the Gamepad added gameplay elements and specifically contributed to the overall experience of playing the game. Quite a few games use the Gamepad screen as a map, but with XCX the Gamepad was your connection to the world, the place where all the information you’d gathered was accessible. The map element wasn’t just a directional guide but something you could interact with by placing probes to access the planet’s resources and create networks along which information could be transmitted. You can use the Gamepad to access fast travel locations, and you can also view the location of certain characters and make plans for your next forray out into the wilds of the planet Mira.

It wasn’t just a convenient way to display information to the player though, as all of the functionality was written into the story of the game.  By having the gamepad, you basically are your character, with access to all the information they have. Whether the in-game technology sytem or the functionality of the Gamepad came first in Monolith’s thinking doesn’t really matter, but the way it naturally integrates the game’s world into your hands is a really neat way of getting players to feel part of the epic Xenoblade universe. 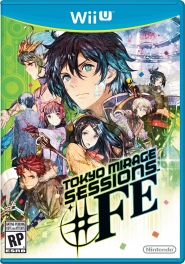 In case you are not familiar with it, Atlus’s sublime, if-a-bit-bonkers JRPG, Tokyo Mirage Sessions #FE was sold as a cross-over between the Fire Emblem and Shin Megami Tensai series, but in reality was more of a reflection on the idol scene in modern-day Tokyo. It features a bunch of teenagers who want to be idols – whether that be as singers, actors, inadvisable TV cookery show hosts or models – who team up with ‘mirages’, who hail from the Fire Emblem universe, to save the world.

But how does this utilise the Wii U Gamepad I hear you cry? Well, to tie it into modern life, Tokyo Mirage Sessions #FE features a mobile messaging service called Topic, which our heroes use to keep in touch with each other. When receiving messages through Topic, they do not appear on the TV screen, but instead pop up on the Gamepad. Whilst playing the game I would often put the Gamepad down to go off and make a cup of coffee or some such thing. The first time I received a Topic message, I was doing just that – I was away from the controller and I heard a sound which I rushed over to check, only to find that I’d received a message from Tsubasa asking me to help her out with something. This made me grin, because this is a reflection of real life. It was like my actual mobile phone had buzzed and a friend had asked me to meet up. Again and again, I’d take a short break while playing, and one of the gang would get bored and start sending me cute stickers. I’m pretty sure I screamed at the Gamepad at least once because the characters wouldn’t stop sending me messages and I really wanted to make a quick snack before continuing the game. This might sound kind of annoying, but it actually provides a great insight into how Itsuki (the character you play as) would actually feel. The pressures of modern life and modern technology can be difficult at times, but they also connect us to our friends, and this game, with its clever use of the Gamepad’s functionality, reflects this really well. 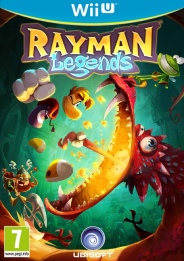 Ok, first of all I have to admit this – I don’t own Rayman Legends on the Wii U. I held out all this time and have recently purchased it for the Switch having first tried it in demo form on the Xbox 360. Despite this, I think the Wii U is the perfect home for this beautiful and challenging platformer as it offers a unique control system, which is particularly well adapted to the multiplayer incarnation of the game.

The game features our hero Rayman, along with a multitude of unlockable characters who go on their way freeing kidnapped Teensies. Whilst controlling Rayman solo is an absolute blast, the Wii U makes the multiplayer mode shine. Up to five people can play at once in the local multiplayer mode, with up to four using Wii-motes or Pro-controllers, and the other using the Gamepad to control Murfy, the wee green bug thing that helps Rayman and the others along their way. Murfy’s role is to help the other characters out, so he cuts ropes, pulls up plants, tickles monsters, rotates platforms and probably many other things. These actions, when using the Gamepad, are done using the touch screen and motion controls. So reacting to environmental prompts, the player controlling Murfy can do a quick swipe to cut a rope, use their finger to drag platforms from one side to the other and so on. This really appealed to me, as it is a different skill set to using regular controls. Not to say that controlling Murfy is easy by any means, but it might appeal to people who have difficultly mastering platforming controls, and offers a totally different platforming experience to what many might be used to.

The fifth edition of Project Zero received quite mixed reviews, but for me it is an excellent game, and one which feels perfectly designed for the Wii U. The combat mechanism in this horror series, which is also known (somewhat more appropriately), as Fatal Frame, revolves around taking photographs of ghosts with a camera obscura in order to exorcise them. The basics of the combat system haven’t changed much throughout the series, but the way it is set up in this game is quite unique. This is because the Gamepad is used as the camera itself, with its screen acting as the viewfinder of the camera obscura you are using to defeat ghosts. Whilst anyone watching the gameplay unfold on the TV screen will still see the regular third-person view, the person who is actually playing will be viewing it in first person, as if they are themselves using the camera, and they will probably be twisting and angling themselves to get the best shot of the ghosts to inflict the most damage possible. This brings the player physically into the world of the game and makes for a more immersive experience than simply using a regular controller to adjust the angle of their shot on a TV screen.

So, what do you make of the list? Do you have any better examples of the way the Wii U Gamepad has been used in games? Did you even own a Wii U? Let’s give the much maligned console some love below in comments!