Happy September readers and welcome to this month’s Top 5 which is all about final bosses!

I am very pleased to say that this month’s topic was suggested by the excellent Kevin from The Mental Attic who writes fantastic reviews and is sometimes kind enough to discuss JRPGs with me.

Something which struck me whilst trying to come up with this Top 5 was how to qualify my selections. Should it be my favourite final bosses? Or the hardest final bosses? Or the most ridiculously dressed final bosses*? What I decided in the end was to make it the Top 5 Most Memorable Final Bosses, which would mean I could include them for whatever reason as long as I can actually remember them.

You may ask why I had such difficulty qualifying this list. After all, I’ve done many a Top 5 without having this problem. But what I found when I began planning was that I don’t actually like many final bosses. I often find them too difficult or too random or in fact too easy. Therefore I haven’t necessarily chosen ones I like, rather those that really stick in the memory. It has, I may add, turned into a slightly unlikely list:

What is there left to say about GLaDOS? Not much after I wrote about her in my Top 5 Villains list, but she is certainly a memorable final boss! The final battle with her concludes the game perfectly without adding any unnecessary complexity. It puts the skills you have learned throughout the game to the test and leaves you with the feeling that you have reached a pinnacle of understanding of the game’s mechanics.

Unlike in some games, it is fairly obvious who the main antagonist is from the start, and there is no huge revelation as you go into the final battle. GLaDOS remains true to her charming self all the way through, and it is thoroughly enjoyable hearing her gradually unravel as you edge nearer to her destruction. 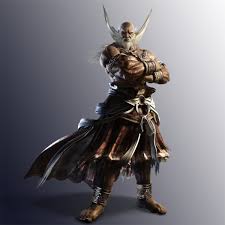 Jinpachi stands out to me for a number of reasons. Sure, Ogre and True Ogre from Tekken 3 were good and Unknown from Tekken Tag 2 was particularly difficult, but somehow Jinpachi will always be the most memorable Tekken boss to me.

It might be because of his interesting back story and ‘relationship’ with the other members of the Mishima family. Perhaps it is that ridiculous move where he shoots a fireball from the weird eye thing on his chest. It might even be because he brings back memories of my university days when we used to take turns trying to defeat him. It is difficult to pin down just one reason why he is so memorable, but all these things combine to make him an excellent final boss.

(edited 19/09/2018) I am aware that other Final Fantasy bosses are more popular than the lovely Ultimecia, but for me it is the gameplay of this battle that makes it stick in the mind. Toying with you from the start, Ultimecia picks which of your characters are going to fight her and you only get to use different characters when one of her choices dies. Even then the replacement is chosen by her.

Before going into the battle you are unaware that this is going to happen, and this being a JRPG which doesn’t force you to level up specific characters it leads to a particularly challenging battle, where you are fighting with an unfamiliar team. This was certainly the case when I played it, when for some reason she chose Zell to be in the party. Despite his lower HP and weak attacks he fought on valiantly as his comrades fell around him. By the end of the battle I was literally cheering him on at every turn. I have no idea how he survived but in that battle Zell was my hero! 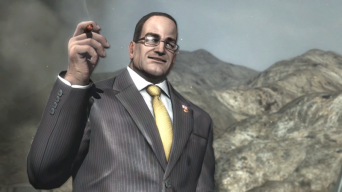 I’ve already written about the absurd final boss battle in Metal Gear Rising so I won’t spend too long on Senator Armstrong. Suffice to say the reason he sticks in the memory is because he is so ridiculously difficult to defeat even for fashionable cyborg ninja Raiden. This is the kind of difficulty that results in you spending 3 hours trying to beat him, followed by 3 hours cruising Google to find out how to beat him and then banging your head against a brick wall for the rest of the day.

A final boss being difficult is not a problem. In fact, it is far better than it being too easy, but the thing about Armstrong is that there is nothing else in the game which even comes close, so once you get to that final battle you are not prepared for what awaits you. Since there is no way of going back to practice or collect health items, you are basically screwed! 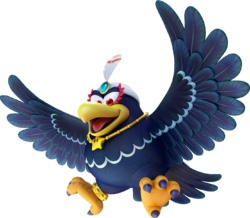 No no, don’t look at me like that. It is true that few would put Wingo in this list – there is nothing especially distinctive about him – he’s just a feathered fiend that likes kidnapping unwitting members of the Toad Brigade. However, he makes this list because when looking at my achievements as a gamer, he is particularly notable.

He is the one and only final boss from anything resembling a platformer that I’ve ever beaten. I am profoundly bad at platformers – timing and precision just aren’t my strong points. Captain Toad: Treasure Tracker takes away some of those elements by slowing things down and removing the ability to jump, but the final boss battle is still tricky. Beginning with a level full of puzzles and hazards to traverse, you eventually reach your destination and get to take Wingo down using all of Toad’s, erm, wiles (?). It may be a relatively easy game but I am still proud to have clipped Wingo’s wings once and for all.

So what do you think? Any of these bosses stick in your memory? Perhaps you have other examples of final bossdom etched into your mind? Let me know in comments below!

Thanks once again to Kevin for suggesting this theme, make sure you go and check out The Mental Attic!

*Note to self: This is a definite topic for the future.