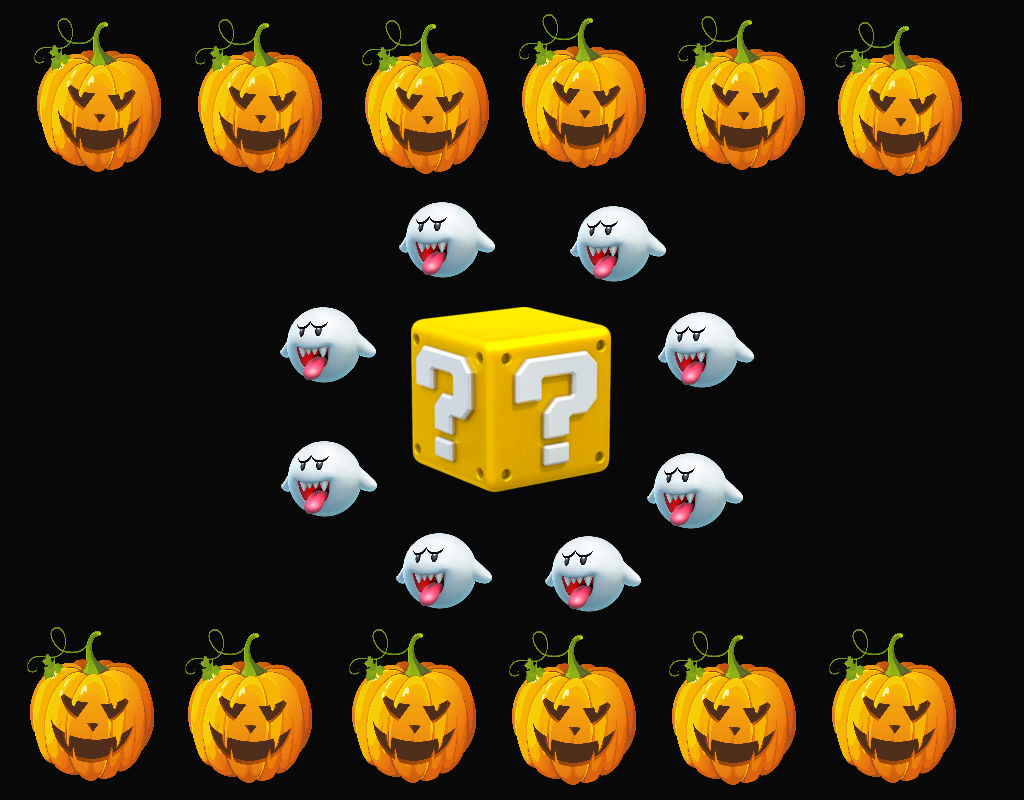 Happy October readers! It being October means that there is a new Question of the Month over at Later Levels, and this month’s has been set by the fabulous Megan from A Geeky Gal who is famous for completing the awesome ‘30 day anime challenge‘!It obviously hasn’t escaped Megan’s attention that October = Halloween, and her question has an appropriately scary feel to it:

In honour of Halloween, tell me what video game scared you the most. What is it about the elements, environments, music, or characters in the video game that scared you?

This has been a very difficult question to answer, as although I wanted to write about a spooky game in the true spirit of Halloween, that isn’t quite how this panned out.

I love scary games. Resident Evil, Silent Hill, the Fatal Frame series…I love them all. They are terrifying and wonderful in their own unique ways. However, my assertion that I love scary games comes with a fairly major addendum: I’ve never actually played any of them.

Whilst it is true that I love them, part of the reason that I do is that I get to watch my partner playing them rather than having to play them myself. I am FAR too wimpish to play them myself, and I don’t feel that I can satisfactorily answer this question with a game I haven’t played.

This is because the experience of watching is quite different to the experience of playing. One of the ways that games set themselves apart from other forms of media is that they hand control over to you. Sure I can watch you dodging that zombie horde, but it just isn’t the same feeling as actually having to deal with it yourself.

Therefore the game I’ve chosen, is one I have at least tried to play myself. Although as you shall see, I didn’t get very far!

I was six years old when Wolfenstein 3D came out. I don’t think we bought it right away, so I would say I was probably 7 or 8 when I played it. We’d had a computer at home since I was four and by this point I’d played A LOT of games. From household names like Civilization and SimCity, to more niche titles like Jill of the Jungle and Crystal Caves. One of my favourite video game series from this time was Commander Keen, a platformer about a kid who builds a spaceship and goes to Mars. This was the first major release by id Software and I was naturally excited to get my hands on their second major release, Wolfenstein 3D.

Suffice to say it wasn’t exactly what I’d been expecting.

My first experience of it was to watch my father play it. I sat and watched for hours as he went around the grey, formidable ‘Castle Wolfenstein’ killing Nazis. I was used to video games having bright colours and cartoonish graphics, but this game with its portraits of Hitler, real blood effects and heavy weaponry was quite an eye-opener. It was certainly a strange experience to sit and watch my dad playing this kind of game but I have to admit that I really enjoyed it.

Having seen the game in all its glory, I naturally decided to emulate my father’s gun-toting heroism and try it for myself. Having already seen the game I knew it was a bit scary. I mean, there are some jump scares and stuff, but I considered myself a tough cookie and a seasoned gamer, so I could definitely handle it… 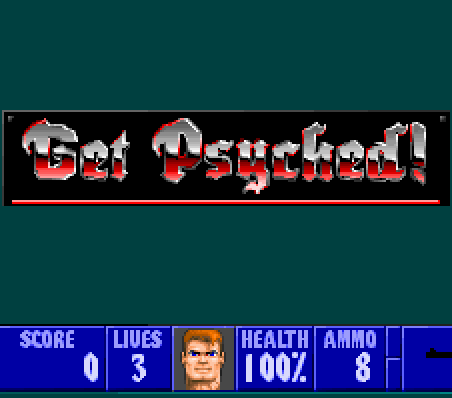 …or maybe I couldn’t. I loaded it up and the slow, sinister military march began to play through the speakers. I got psyched (as it asked me to do) and William ‘BJ’ Blazkowicz awakened in the claustrophobic bunker confronted by a door and a dead body. And that’s when I froze. I knew I had to open the door, I knew the controls, but for some reason I found myself glued to the spot.

Wolfenstein is not usually classed as a horror game and neither is it particularly difficult, so what about it frightened me so much? Basically this comes down to the difference between playing a game and watching one. Suddenly it was me staring head-on at a door with armed soldiers behind it. I eventually built up enough courage to go through a few doors and shoot some Nazis, but with each door that sense of terror returned. What if there is an enemy right behind the door? What if you peek round a corner and get shot at close range? Despite the relative power your character has, the game still makes you feel extremely vulnerable, which is something you don’t feel so intensely if you are just watching.

The visual design of the game is a key element in making it scary. The first-person view means that when an enemy comes for you they are staring right at you. You can see their grim, dead-eyed human faces and down the barrels of their guns. Many horror games use the supernatural to create fear, but here you are faced with escaping from Nazi soldiers. The realism of the setting creates its own blood chilling kind of horror based on violence, war and death.

It’s not just the enemies but also the games’ environments that create this horror. With monochrome walls punctated by hefty metal doors that groan open and then slowly close behind you. Inexplicable potted plants and paintings of Nazi insignia line long hallways. Small rooms feel clautrophic, larger ones make you vulnerable. This was too much for 8 year old me.

I would never complete Wolfenstein 3D. I certainly made it to the first elevator but in the end I would run out of ammo or be overrun by enemies or just become too paralysed with fear to open anymore doors, not wanting to hear another gun shot or death cry.

Over the years I’ve loaded the game up from time to time to see if, as I got older, it got less scary but it never did. I wonder if this Halloween I should challenge myself to overcome my childhood fears?

So, what do you think? Is Wolfenstein 3D really that scary? What horror games would you recommend as a good introduction to the genre? Let me know below and head on over to Later Levels and submit your own answer to Megan’s spine-tingling question!

8 thoughts on “Question of the Month: The Game that Scared Me the Most”