Good day readers and welcome to Shoot the Rookie! If you have been following the blog for a while you will know that one of the regular features is a monthly Top 5 tackling anything and everything from the gaming world. I’m sad to say that this feature has now ended, however, before introducing it’s replacement I’m giving the Top 5s one last hoorah!

The first Top 5 came out way back in October 2017 with a Halloween themed list but it wasn’t until January 2018 that I decided to make them a monthly feature. I felt it was important to create a regular feature as it ensured that Shoot the Rookie would have at least one post per month.

Twelve months on it has become increasingly difficult to think of topics. I’m sure I will do more in the future but I’ve decided that for 2019 the blog is going to have a new regular feature which I will introduce in the next few days. Before that though, let’s have a recap of the Top 5 lists we did throughout 2018!

In January 2018 the topic was Top 5 shops in video games. It seemed an appropriate topic for January as the high street was all Sale! Sale! Sale! despite the fact none of us had any actual money. The Top 5 featured a broad range of games from Bayonetta to Forgotten Worlds and it also features one of my all-time favourite video game characters – Resident Evil 4’s Merchant.

February 2018 saw me reminiscing about heroes in video games and I have to say I chose a couple of characters who don’t fit the hero stereotype. I enjoyed writing this one as it allowed me to discuss a few of my favourite characters and let me delve into the question of what it means to be a hero. 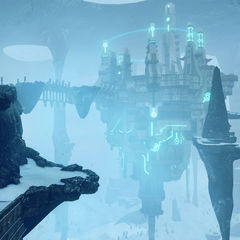 By the time March 2018 arrived the Beast from the East had hit the UK (rather annoyingly on my birthday!) and so for March’s Top 5 I wrote about my favourite snowy locations in video games. It turns out there are quite a few icy locale’s in the world of video games and it was a nice one to write because many of these locations are really beautiful.

The Top 5 villains was supposed to follow the Top 5 heroes (there was also meant to be the Top 5 turncoats but that one fell by the wayside), but the snow meant that it was delayed until April 2018. I really like thinking about villains as there are so many different types and the various motivations, personalities and goals that go with villainhood were really interesting to explore.

The Top 5 for May 2018 was one of my very favourite ones and got a surprisingly good reaction from you guys, so thanks for that! The topic for this one was songs that remind me of games. I was pleased with this one for a few reasons, not least because it allowed me to introduce people to some of my favourite music. It also allowed me to delve into the ways our minds can form connections between seemingly unrelated things.

June 2018 had me looking at the Top 5 uses of the Wii U gamepad. This was a bit of an ode to a console I love, but which didn’t end up selling very well. It was also an opportunity to discuss some of my favourite games, as well as the clever mechanics that they utilise. 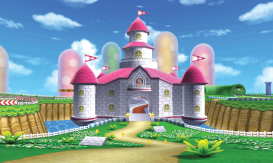 By the time July came around I was thinking about video game princesses and discovered whilst writing the article that princesses are often my favourite characters in video games as many of them have deep and complex stories. 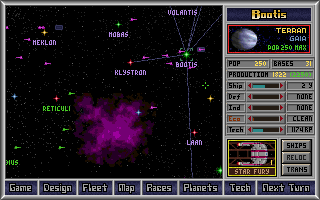 August 2018 was HOT here in the UK so I spent my time chilling out and coming up with a list of my favourite sci-fi video games. I enjoyed this one as it allowed me to go way back in time to a fairly obscure favourite of mine – Master of Orion, as well as giving me the opportunity to talk about my favourite genre.

On to September and I delved into a topic suggested by Kevin from The Mental Attic – final bosses. Whilst I try to avoid repeating myself too much, this one featured one character who had previously featured in the Top 5 villains list. I wonder if you can guess who it is? If not I suppose you’ll just have to check out the posts!

October 2018 brought what every October brings: Halloween! I love Halloween and couldn’t resist the opportunity to do another themed Top 5. Since I’d done one on the games that scare me the most way back in 2017, this time I decided to turn things silly and come up with my Top 5 video game characters to cosplay as for Halloween. There are some super stylish examples in there and I didn’t even include the character that I actually did cosplay as for Halloween 2018. If you’re looking for cosplay ideas for this year make sure you check it out!

I returned to a previous topic for November’s Top 5 but gave it a bit of a twist. The theme for this one was once again the songs that remind me of games. However this time I only looked at songs that reminded me of games from the Final Fantasy series. There were so many of them that I decided it deserved its own post, not to mention it gave me another opportunity to talk about music.

And so we have reached the last of our year of Top 5s and what better theme for December than video game presents. Not which video games you want to receive for Christmas mind you, but rather items from video games. There are so many nice sparkly things in video games that I decided to turn this one on its head and list the 5 most useless video game items to receive as presents. I was pretty proud of this one because it was so much fun to write and it was even featured in the Christmas edition of Prudent Gaming’s Reading Your Blogs YouTube series!

So that’s it – a year of Top 5s! As we say goodbye to the series, I hope you’ve enjoyed reliving them with me and that you’ll tune in next time to see what the new monthly feature will be all about.