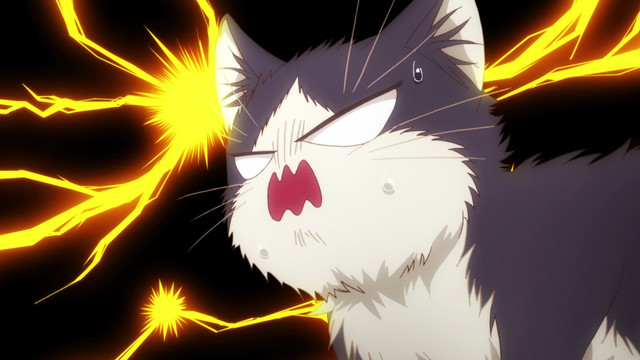 Welcome dear readers to another post about anime! It isn’t just about one anime either, oh no! It’s about lots of animes so hopefully there is something for everyone, but if you like cats, science, witches, ghosts or Antarctica you might want to pay particular attention!

My normal anime watching routine is simple. I usually watch anime once a week (with large quantities of beer) and have four shows on the go at any one time. This works well for me as it means there is enough variety to fit any mood (unless all four are about high schoolers…), but not too much that I lose track of what I’m watching. However I’ve recently come to the end of two shows and couldn’t decide what to start next, and so I came up with a brilliant idea! I decided to queue up a whole host of shows and watch the first episode of each one.

Well, yes and no. It turns out that there are quite a lot of animes that look at least vaguely interesting so it ended up being quite a long list. I also encountered a few technical problems along the way (boooooo Crunchyroll!!) which meant I didn’t get to watch three of the shows I’d picked. So apologies to March Comes in Like a Lion, Bungo Stray Dogs and Rurouni Kenshin – you guys will have to wait for another chance.

After watching the shows I’d picked, I decided in the spirit of blogging and spreading good cheer, to write a little about each one. Hopefully this will help you, my lovely readers, when you’re deciding what to watch next.

So, in order of weirdness of the how’s title (starting with the least weird), here they are!!

(*spoilers* for the first episodes of all these shows, obviously!)

Before watching this I tried to work out which one of you lovely people had recommended this to me. Sadly I couldn’t find the comment but whoever you are – THANK YOU! As a big fan of Nobuyuki Fukumoto’s Akagi, I was immediately drawn to his other work and first impressions of this one are good! In episode one our protagonist steps aboard the world’s weirdest cruise-ship where a group of people who owe vast sums of money to some Yakuza loan-sharks have a chance to pay off their debts by playing rock, paper, scissors. That makes sense right?

Hmm. This one was not so much of a success and possibly the only one on the list I have no intention of ever watching again. It is one of those shows about being stuck in a VMMORPG, which in theory you’d think I’d be into, but this show just didn’t do it for me. The instant the protagonist reprogrammed an NPC to fall in love with him I knew this was not the show for me. The main character was quite obnoxious and the idea of watching a show with only one human and a host of NPC’s just doesn’t work for me!

A Place Further than the Universe

I put this one on the list because I saw awesome cosplayer Yaya Han raving about it on Twitter. I also quite liked the look of it – I watch a lot of sci-fi and fantasy anime and this looked like a nice change of pace and the first episode did not disappoint. This was one of my favourites on the list and I can’t wait to watch episode 2. Based in a high school, the basic premise is that a group (well…just two at the moment but I’m guessing there will be more) of teenagers club together to go on a grand adventure to Antarctica, each with their own stories and motivations. The characters we’ve met so far are interesting and likeable and the dialogue and story are both funny and emotionally involving. Looking forward to more.

Another slice of life about teenagers but this time one of them is a witch. That last sentence sums up anime quite nicely. I wasn’t as sold on this one but I think I’ll give it one more go. I tend to like witchy stuff (see particularly Occult Academy), but this might just be a bit too slice of life for my tastes.

Phantom in the Twilight

Some pretty boys who might be vampires work in a cafe and an exchange student who may or may not know she has hidden powers is led there. This one was OK. It is set in modern London which is quite cool, but I’m not really getting much else off it at the moment. pretty boy vampires are a bit of a draw though so I will probably watch one more.

Hehe! This show takes place inside the human body where we see various types of cell working hard to keep the body functioning. I think this is quite a neat idea and the characters seem decent enough. I also read somewhere that the science in this is pretty good, and whilst I am not educated enough to tell you whether or not that is correct, there certainly is a decent bit of science included in an easy to understand kind of way. Not amazing, but entertaining. Worth at least one more go.

My Roommate is a Cat

Best show. This is the best show. I love this show and so will you. In many ways this one does exactly what it says on the tin – it is about a guy who has a cat move in with him. Obviously, because this is anime, he is a loner author type guy who has undergone a family tragedy. The cat may have also undergone some kind of tragedy but it isn’t clear at this point. Each episode is nicely split in half, with one half from the guy’s perspective and the other half from the cat’s. This works surprisingly well although who knows how accurate the depictions of a cat’s train of thought really are. In any case, the gentle humour, heartwarming interactions and THE CAT make this show a must watch.

Yet another high-school show but this time with ghosts and a paranormal investigation club. Actually I think there might just be one ghost, and she can interact with some of the other students, I *think* based on whether or not they believe she is real, but I’m unclear on that point (that’s what drinking lots of beer whilst watching tons of anime does for you!). I did quite like this one, it was quite funny and the main character seems quite interesting, but I’m not sure. There might be a bit too much ‘accidental’ touching of a ghost’s boobs to really consider this one a goer.

Yep! This is the one I adjudge to have the weirdest name, but sadly it didn’t really live up to its billing. I thought it might be a bit like The X-Files but sillier and an anime. Unfortunately though, it was neither silly or compelling enough to really make me want to watch more. I may still give it one more go though as I am slightly curious as to what the mystery of the main character is and how he is linked to the occult.

So what do you think readers? Have you watched any of these shows? If so what did you make of them and which ones would you recommend continuing? Maybe you’re new to anime and want a bit more info on some of these titles*? Either way just let me know in comments below!

*All shows available on Crunchyroll (at least in the UK), which coincidentally is where I borrowed all the images from.