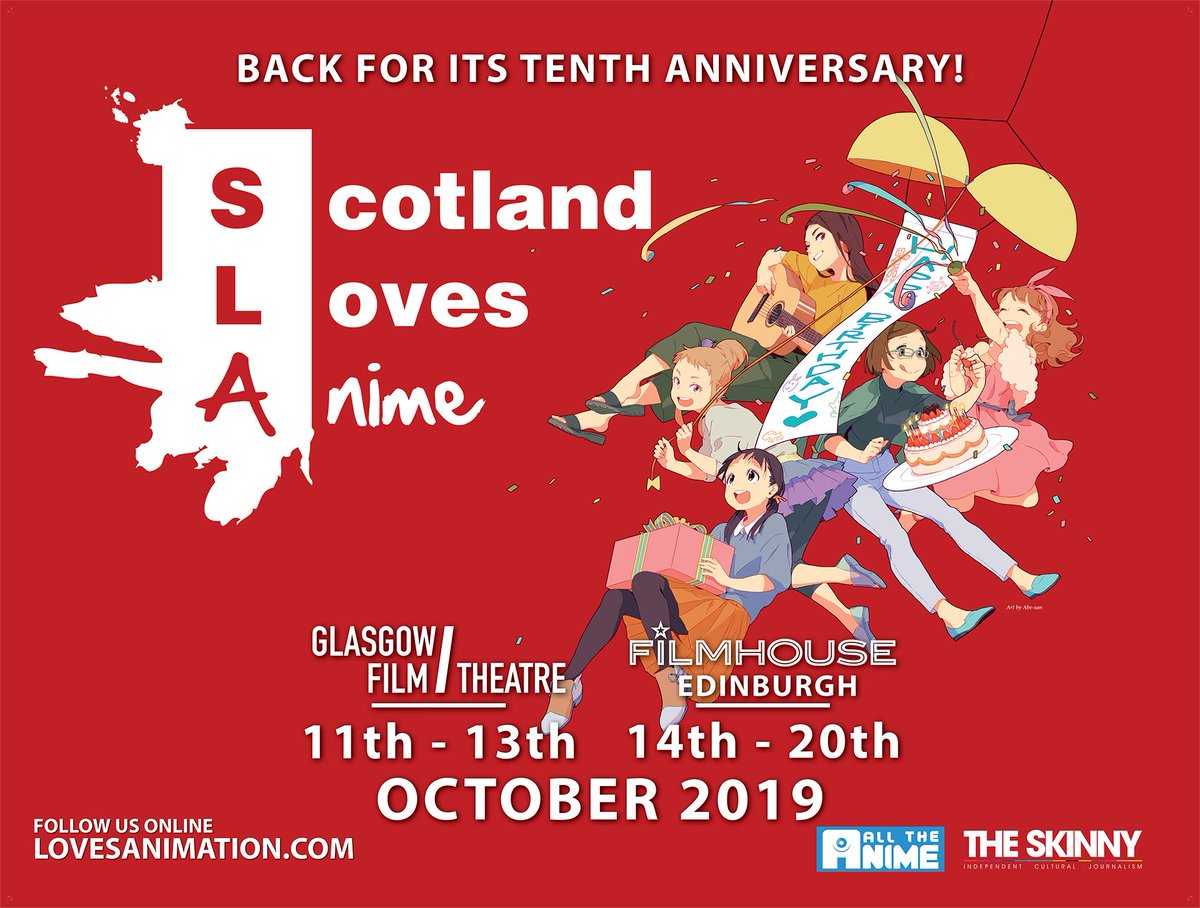 Good day readers and many thanks for joining me! I’m a little late with this but today I have the pleasure of sharing with you a few thoughts on the 2019 edition of the UK’s best anime film festival…Scotland Loves Anime!

I know the majority of my readers will never have had the chance to visit Scotland Loves Anime so lets start with a bit of background. Scotland Loves Anime is a film festival held annually in Edinburgh and Glasgow. The Glasgow leg of the festival takes place around the second weekend in October and has a regular home at the fantastic Glasgow Film Theatre. The 2019 edition marks the festival’s tenth anniversary.

Whilst I haven’t been to every edition of the festival (mostly due to having lived abroad for a while), I have been to quite a few, including the first one where I went to see Trigun: Badlands Rumble on a whim. I bought my first full-weekend pass in 2015 and have had one every year since!

In that time I have seen a huge number of amazing films, including the fantastic Your Name and the UK premier of My Hero Academic: Two Heroes. There have also been one or two awesome surprises, like in 2015 where I showed up for the weekend-pass-holders showing of Paprika and was presented with a bag full of anime goodies!

With all that had gone before, my expectations were high for this year’s festival, but could the films live up those expectations? Well lets take a look and find out! 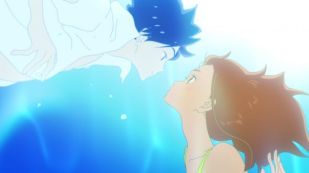 Ride Your Wave is a film about love and loss. It is also just plain weird, although I’ll leave you to find out how for yourself. Despite its weirdness this is a really good film, although not always an easy watch. At times I felt deeply uncomfortable experiencing the mental unravelling of the protagonist. It is quite difficult to write about it without spoilers but I will say that the two leading characters are likable and believable and their relationship, such as it is, is very sweet indeed. However, it wasn’t all positive. I found the pacing quite disconcerting and I felt the main story got a little bit lost in the unnecessary gumpf that surrounded it. I almost felt as if there was a much better film lurking inside what was actually made. All in all though this film really excels in exploring human reactions and emotions and I would recommend it, particularly if you are looking for something weepy to watch! Rating: 7/10 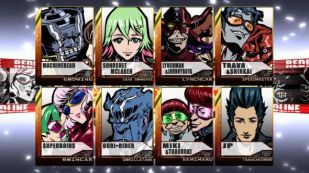 This was my first time seeing Redline having heard good things from some of the anime fanatics who read this blog. From snippets I’d read online I was expecting this to be a bit of a strange experience and in that regard it didn’t disappoint. Fast, colourful and vaguely ridiculous, Redline is definitely a fun film to watch late on Friday night surrounded by drunk anime fans (or was that just me?). It has romance, dodgy dealings and more than your fair share of futuristic cars smashing into stuff at high speeds. If that kind of thing floats your boat then I would definitely recommend it, although for me it wasn’t quite up there with 2018’s late night film, Cyber City Oedo. Rating: 7/10 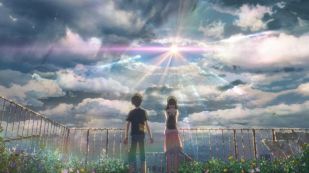 This kinda felt like the film everyone was waiting for. The reason for all the hype is that this is the follow-up to the masterpiece that is Your Name. There is certainly a lot about Weathering With You that is similar to Your Name – particularly in terms of the story structure, which I felt both helped and hindered it. For me it never quite managed to deliver the sucker-punch moment that Your Name pulls off so well (y’know, the bit in the middle with the comet), but in most other ways I feel that this is the superior film. My main reasoning for this is the characters. Right from the start I felt really involved with all the characters. There is a really excellent supporting cast and I felt they were well filled-out and explored in terms of their motivations and relationships. By the end of the film I really cared about them as a group. I also really enjoyed the moments of the film which displayed the darker side of modern Tokyo, which gave it quite an edgy feel. The ending was a bit of a strange one, and left me a bit unsure how I was supposed to feel, but overall this was a fantastic, compelling and emotional film that ticked all the boxes and I would highly recommend checking it out! Rating: 9/10 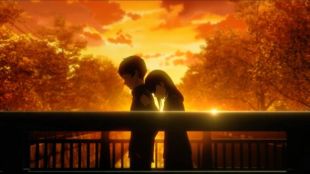 Combined with a Q&A with Director Yuhei Sakuragi after the film, this was a very interesting experience! It is animated in an extremely odd way, with highly detailed close-ups combined with slightly jerky character movements. Despite this, I quickly grew to like it. The premise is interesting, involving alternative universes where actions in one universe have a direct impact on the other universe. After a hard hitting opening I wasn’t sure where the film was going, but the first time we are thrown into the alternative universe it really starts to take off. I wouldn’t say the characters particularly stood out, but there is something about this film that I really liked which is hard to describe. It has this really cool atmosphere right from the start, a kind of disconnected feeling, which works perfectly with the characters and plot. It is difficult to say if this was entirely deliberate, but for me it gave the film a lot of depth. Unfortunately the film is let down by it’s ending, but overall it is a very interesting and enjoyable experience! Rating 7/10

The Girl from the Other Side 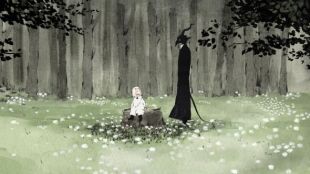 Despite this film only being 10 minutes long I felt it worthy of mention here as it was really very good. Visually it is gorgeous, creating a palpable atmosphere despite (or perhaps because of) it’s scant use of colour. The story was simple enough – a little girl finds herself lost in a different realm which is full of peril, and a being from that world takes her in. The motivations of this being are not entirely clear – are they a good Samaritan or do they have some dark ulterior motive? The girl’s feelings and motivations are similarly vague, but the fact that nothing is really explained is to the film’s credit – it adds a real sense of terror hidden behind some very benign scenes. In this sense it reminded me very much of the anime series The Ancient Magus Bride, but somehow the film managed to fit a lot more into it’s short run than the series ever managed. If you get a chance, I’d certainly recommend giving this a watch! Rating 8/10 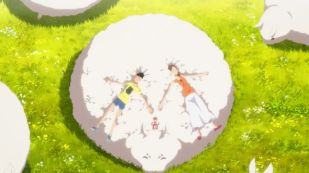 This one, which was described by the festival’s compère as belonging to the post-Ghibli school of anime, is basically a fun adventure in another world, centering around a teenage girl who doesn’t really want to be there.

The girl in question is the one who the birthday belongs to, but before the big day  she is unwillingly pulled into another world, where she must fulfil her duty as a legendary princess. She doesn’t seem terribly keen on this, and I actually found it quite refreshing to see someone complain about being sucked into an adventure rather than pretend they have been a hero all along. The story may not be particularly original but it offers exploration, humour, danger and a more disturbing than I expected final showpiece. Particular highlights for me were the comical representation of the prince, who was supposed to be in bed recovering from illness, and a bunch of really nice moments involving cats! Whilst I found that Birthday Wonderland didn’t really live up to the Ghibli films that obviously influenced it, if you are looking for a fun adventure in another world then this is certainly worth a watch. Rating: 6/10 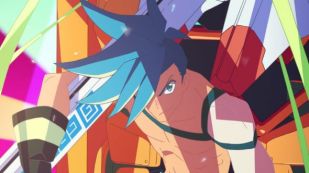 From the opening seconds I had a feeling this was going to be a good one and it did not disappoint! That said, the story itself wasn’t particularly original  – people from opposite sides of the tracks band together to save the world. But then again, I’ve always loved that story and this film is so much more than that. The characters are at once fantastically silly, well-realised and memorable. It looks absolutely stunning with massive bright colours and the soundtrack is something else. Driving beats with catchy vocal hooks (which reminded me very much of the music from Xenoblade Chronicles X) accompany fast moving fiery action which does not stop for the film’s duration. Constant action isn’t something I normally enjoy but the humour, characters, visuals and music make it flow together perfectly. This is a must see! Rating: 9/10 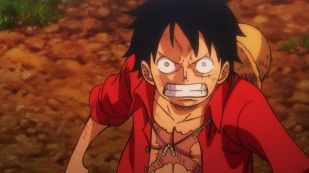 Ah. Ok. There is always one of these. By that I mean a film that I just don’t like. I hate to say it, but I don’t think that many other people liked it either, with some leaving early to enjoy a drink in the bar. I will admit that I’ve never seen the One Piece series, so my opinion here is based on the film itself and nothing more, but please don’t hate me One Piece fans! I’ve previously watched films of anime series I’ve never seen – Dragon Ball Z and Naruto for example – but in those cases I very much enjoyed the films. This however made no attempt to engage new fans. There were approximately three gazillion characters, none of whom seemed remotely likable. It was constant Action! Action! Action! but at no point did I know or care why any of it was happening. All I can really say is that I hope fans of the show enjoyed this, because it really left me with nothing. Rating: 3/10

Children of the Sea 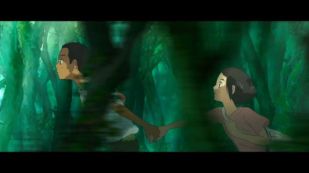 This was a bit of a weird one and if you asked me to recount the story now I doubt I could. We start off with a girl who has had strange visions and winds up meeting a couple of mysterious boys with whom she seems to have some kind of unknown connection. The boys themselves come from the sea and were apparently raised by Dugongs. This is a good start and we proceed to learn a bit more about the characters and deepen the mystery of the connection between them. However, as if being raised by Dugongs was not strange enough, this film then embarks on a crazy spiral down a weird science/theology trip about life in the oceans and the meaning of the universe. OK, it may not actually have been about the meaning of the universe, but it was heavy and difficult to follow and perhaps a bit much for last thing on Sunday night. I think I might need to watch it again to really follow the ending but it was still a good film that is worth watching if only for the beauty of the animation. Rating: 6/10

…and that was that for 2019. Overall this was one of the best years to date and at least two of the films – Weathering With You and Promare are going down as anime classics in my book! It might be a little early to be thinking about it but I am already hyped for next year, and who knows…maybe I’ve inspired some of you to join me!

All pictures stolen with love from: https://www.lovesanimation.com/