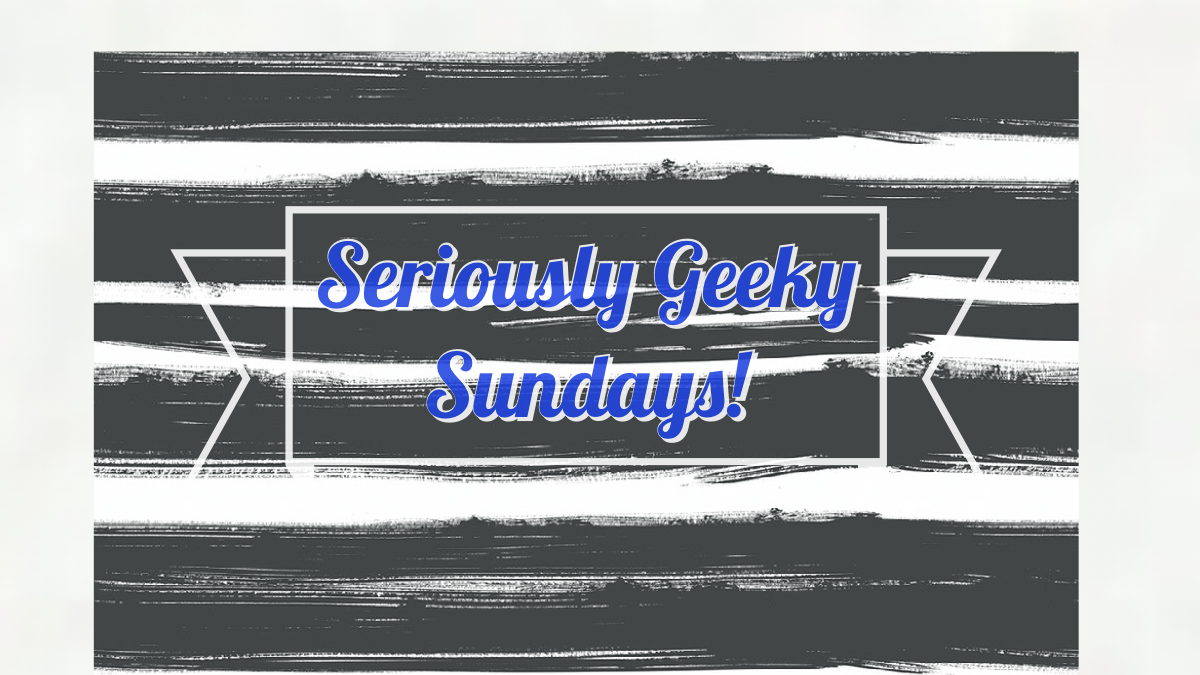 Hello dear readers and welcome to another Seriously Geeky Sunday post here on Shoot the Rookie! Today’s theme is Animation and I’ve chosen to write this mostly in relation to anime since that is one of the core topics of my blog, so why not join me and find out some of my favourite animated things!

First up I want to thank Heather from Just Geeking By for continuing to come up with fantastic themes and questions for this series. It is awesome to be able to take part in such a cool community event!

Now on with the theme. As I mentioned in my opening spiel, I’ve chosen to answer these questions in the context of anime, rather than the wider theme of animation. This is partly because I love writing about anime and always have more thoughts to share on the subject, and partly because I’ve never been massively interested in other forms of animation, which may be the reason for my slightly cheeky answer to the first question…

What is your favourite Disney movie?

I’m sorry. I know this isn’t in the spirit of the event as Cool Runnings clearly isn’t an animated movie, but I have to be honest here. I’ve never been a fan of animated Disney movies. They just don’t appeal to me. I did once own a copy of the Aristocats which I quite liked, but that’s about it. On the other hand this live action film made by Disney is one of my all time favourite films. I LOVE sports comedies and this heartwarming tale of Jamaica’s attempt to field a bobsleigh team at the Winter Olympics is one of the very best examples of the genre.

What is your favourite non-Disney movie?

If you’d asked me this question a year ago I would have answered differently but Promare is simply one of the finest films ever made, animated or not. It is heartwarming, funny, massively stylish and ridiculously colourful. Its story is a familiar one – two people from opposite sides of the tracks work together to save the world from evil and find that despite their differences they can be friends. Like I say, the story isn’t necessarily original but the beauty is in the execution and the charm of this film fills my heart with joy.

What is your favourite animated show?

How can a man who hates violence and refuses to take a life in any circumstance be the world’s number one outlaw? That is the basis of a show which really blew me away with its combination of moral issues and absolute ridiculousness. There is so much silliness to be had, with our hero Vash The Stampede coming across as a total idiot sometimes, but it has a serious story to tell and does it in a fabulously bombastic kind of way.

What was your favourite childhood show?

I was introduced to Digimon by a very lovely friend of mine and we spent many hours fan-girling over it as young teenagers. She made fan-art (she even drew me as a character…) and I wrote fanfic. We talked endlessly about who we shipped with who, and identified which characters we were most like (I was Mimi, she was Sora). For a while I was completely obsessed with this show. It is nice timing that I’m able to talk about it now, as they have recently remade the original series and I’m tuning into it weekly on Crunchyroll. It is amazing to have those animated friends back in my life again. Amy, if you’re reading this, you should definitely check it out ❤️

Who is your favourite animated character?

Yona (Yona of the Dawn)

I could only really pick Yona for this. She is after all the only character I have a tattoo of. She is a sheltered princess who learns the hard way that sometimes it is necessary to be able to fight. Her journey from an oblivious young girl to an able warrior is a moving one filled with difficulties and strange characters and although I’m probably never going to get to see the true conclusion of the story (since they stopped making the anime and I don’t really enjoy reading manga), I still find her inspiring, entertaining and compelling, and she is with me every day.

What is your favourite piece of music from animation?

This song is as close to perfect as I think it is possible to get. As I mentioned earlier, Promare’s beauty is in its execution, and the soundtrack from beginning to end is a massive part of that. Every track on the soundtrack (which by accident I own twice) is incredible, but this song is another level of genius from Hiroyuki Sawano. It is stupidly catchy but also grabs your heart, and the lyrics make my love for the film and the characters grow even further every time I hear them:

Do I come from the fire? We’re going back, oh yeah! So spend some time with me – I really like your company. We’re not so different, flip the coin it doesn’t matter. And if we don’t survive I’d rather die than live a lie!

So that is that! A list of my favourite animated things. I hope you’ve enjoyed reading this post, and perhaps it has inspired you to write one of your own. Don’t forget to leave your thoughts on my picks in comments, and head on over to Just Geeking By to check out the other answers and find out how to take part!