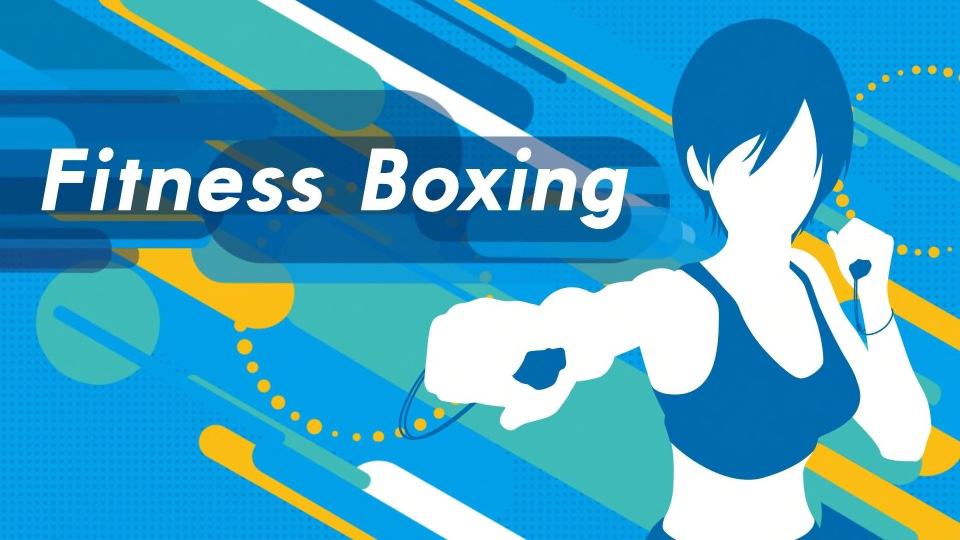 Hello dear readers and welcome to another installment of The Rookie Plays… here on Shoot the Rookie. This time I’ll be chatting about the Nintendo Switch fitness game, Fitness Boxing, so why not join me to find out what it’s all about!

I’ve been playing Fitness Boxing for a number of months now, but since a sequel – Fitness Boxing 2: Rhythm & Exercise – was announced at a recent Nintendo Direct I thought now would be a good time to write up my thoughts on the original game.

I will admit that I’m a bit of a latecomer to Fitness Boxing, which first came out in 2018. I did get the demo shortly after it was released and I quite liked it, however I felt that it was not worth the £40 price-tag when I already had other exercise equipment at home. Lockdown however changed all that, as suddenly I was looking for new and exciting ways to get active.

After maxing out the demo I decided to purchase the full-game, particularly inspired by the fact that it has a local multiplayer functionality. Ironically, despite the multiplayer being an important reason in my choosing to buy it, I have barely used that feature since then, instead opting for solo daily workouts.

For those who haven’t played the game, it is a rhythm based exercise game which see’s you throwing a variety of punches and performing defensive moves in time with (badly) re-recorded versions of popular musical tracks.

You can set your own workout goals based on different muscle groups and exercise intensities and the game will generate a Daily Workout routine for you based on your goals. You start off learning basic moves like Straights and Jabs, and eventually it ramps up to add more difficult moves like Weaves, Steps and Body Uppercuts. It will randomly assign songs everyday, but you can change the songs if you don’t like the selections given to you. As well as the Daily Workout you can choose your own routines from the Free Training menu, which handily allows you to avoid any routines you don’t like. You can choose your own trainer and customize them with unlockable clothes and accessorize. I chose lovely Laura and have never looked back!

Enough introduction though. Is the game actually any good and did it end up being worth that 40 quid? My answer to both of those questions is yes, but with some fairly major caveats.

So what do I like about it and why is it worth the money? Well basically it provides an excellent workout which is different everyday and is a lot of fun. I can do as much or as little as I want on any chosen day, and because the Daily Workout selection is always different, it means I can exercise different muscles and stuff without having to put too much thought into it.

My feeling is that everyone will find that different things work for them. I really enjoy routines with lots of punches in quick succession, and don’t enjoy routines that involve steps or blocks as much, but then you might be different. If you are unhappy with your Daily Workout selections on any given day you can instead hop straight into free training if you prefer, or change your fitness goals which results in you getting assigned different routines.

One thing that people may question before buying the game is does it actually work to improve your fitness? I will admit that I haven’t really lost any weight since starting playing the game but weight loss is a very individual thing and for me all that works is counting calories so I don’t see this as a failure of the game. It has however definitely improved my fitness level, toned up my arms and legs and generally given me a bit more energy. As I said earlier the price was originally off putting to me, however when you compare it to joining a gym or even buying home fitness equipment, it is certainly a cheap way to get a good workout at home if you already own a Switch, and I think this is a big plus point in the game’s favour.

What I’m saying then is that I really like Fitness Boxing and feel it has had a positive impact on my health. However I did mention that there are a number of caveats to this which I will go into now. First, and this is quite damning, is that it is technically flawed in a number of ways, some of which impact on your ability to play it properly. There are often issues with the music, which doesn’t seem to be completely in-time with the actions on screen. This is clearly a real problem in a rhythm action game. There is a major issue with the Joy Cons not recognising your movements as well, and although I have found ways to get it to recognise all the moves, this took me months and was extremely frustrating! My biggest issue with the recognition problem is that the Joy Cons regularly register movements before I have thrown the punch, meaning that it registers early despite having actually been in time.

The other major issue I have with it is that Fitness Boxing is not enough of a game. Yes it has some gamification things like combos and star ratings, but these things don’t really have any bearing on anything and are a bit superficial. For me, it is a means of exercising rather than a game and I think the lack of gaming elements may disappoint some players. A particular disappointment for me is that you are not rewarded for getting 100%, and there is no high score system which means you don’t really have anything to work towards. It is also a little low on personality (except Laura, she is lovely), and as I have written before, I think it would benefit from collaborating with other video game series to add some more engaging elements.

I am not going to pretend that these are not major issues and I very much hope that some of these things are improved in the sequel, however despite these issues I am still able to happily exercise using Fitness Boxing every day and feel that it’s positive impact on my health outweighs the annoyances and niggles that come with it. I think this balance is something that everyone would need to decide for themselves though, as for some people the technical flaws would be too glaring to allow them to enjoy the fun bits! I haven’t yet decided whether or not to pick up Fitness Boxing 2 but I’m certainly looking forward to seeing what people make of it!

So what do you think? Did you enjoy Fitness Boxing or are you considering picking up the sequel? Has lockdown driven you to play any other exercise based video games? Tell me all about it below in comments!