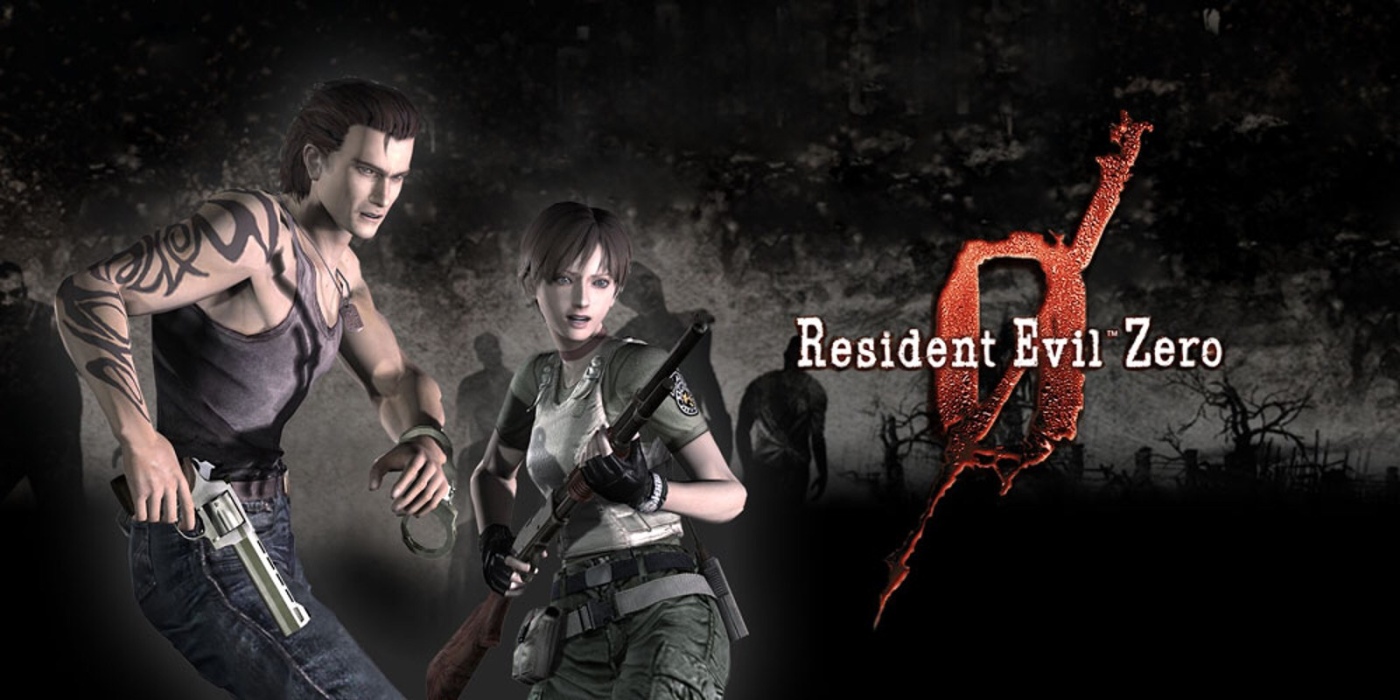 Hello dear readers and welcome to another edition of my highly infrequent The Rookie Plays series in which I chat about a game I’ve played recently. This edition is all about my first delve into the world of Resident Evil with Resident Evil Zero, so why not come join me and find out what it’s all about!

So! When I say my first delve into Resident Evil you might wonder what I mean. Those of you who have read the blog before will probably know that I frequently talk about the Resident Evil series, and even once wrote a post on how it is one of my favourite series in all of video games. However what may be less clear is that although I’ve loved the series for some time, I tend to be a bit of a back seat driver when it comes to playing it… meaning I tend to sit and watch rather than take control myself. This means I get all the excitement of the story and puzzles without having to face the terror of actually being in control.

Yep you got me! I am a big scaredy cat! Due to a combination of fear and gaming ineptitude I’ve never dared face a Resident Evil game myself before. But then the opportunity to play Resident Evil Zero presented itself and I bit the bullet. Although I did manage to play the game, I still felt pretty far out of my comfort zone taking control and therefore I decided that I would play it on easy.

I am acutely aware of some of the criticism that goes with playing games on easy, but the sensible point of view is that you play on whatever difficulty you want to. However, that is not to say that the experience is the same on each difficulty, so let’s take a look at what it was like to play on easy.

First, the obvious bit. Playing on easy meant I could actually play it. In a sense all other effects are mute because of this, but I did notice certain things when playing that were clearly a result of choosing the easiest difficulty. Resident Evil Zero is a survival horror game. That means that resources are short and have to be well managed. However this was not the case on easy. There was a lot of health and ammo available, sometimes it seemed ridiculous even to me just how much there was. However this didn’t stop me from running out of both at particular points in the game and so I did at least get a sense of the survival element and it was at those moments when I found the game the most scary.

Generally I found the enemies pretty straightforward to defeat, and to be honest I think they are probably not that hard to beat on normal difficulty either. Difficult fights is not necessarily the main point of many Resident Evil games. Some I found difficult to hit, particularly enemies that were above or below head height like crows and those weird gorilla things, but with the shotgun equipped this ceased to be too much of a problem.

All in all I would say that the easy difficulty setting of Resident Evil Zero is actually pretty damn easy, and having finished it I might now be bold enough to try it again on normal.

I was really impressed by the setting and atmosphere of the game. The first two areas you are in were particularly good, and even the more grimy later sections featured some cool rooms. The opening events of the game take place on a fancy train, and this location particularly impressed me with its mix of attractive decor and blood sucking leaches. The second area, which is a training facility, was also rather grand and impressive. Although a functional facility complete with lecture theatre, it didn’t really hold back on the grandeur and contained plenty to catch the eye.

Much of the later game takes place in factories and sewers – much more industrial settings – which I don’t tend to be a fan of. However many of these areas did still contain some more interesting spaces, and there was one room, which I think was a bedroom, which is probably the most uncomfortable save room I’ve ever had the pleasure of spending time in.

In terms of feel, I wouldn’t say it is a massively scary game, but had enough jump scares to keep me on my toes and had a suitably desolate and eery atmosphere to give it a constant sense of tension.

Although somewhat desolate at times, Resident Evil Zero is perhaps less so than some games in the series because for much of the game the two main characters – Billy and Rebecca – travel together. This for me provided a real sense of comfort. I’m not really sure why as they don’t actually talk that much and it’s hard to be sure you can trust Billy, but somehow I liked that there were two characters and whenever they were separated I always felt quite anxious (usually with good reason!). There isn’t a great deal in the way of character development but they are both likeable enough and Billy is certainly a change from a lot of Resident Evil characters.

Even having finished the game the story is still a bit of a mystery to me. I feel like not a lot actually happened. This makes sense in a way as the game is meant to serve as an origin story for the first Resident Evil game, but still I found it quite hard to follow what was actually going on. Safe to say though that it contains many of the normal Resident Evil motifs – mad scientists, deadly viruses, evil pharmaceutical companies and zombies.

In terms of the core gameplay elements – exploration and shooting zombies – I think it is pretty similar to the earlier games in the series and was pretty straightforward. One thing I did find a bit tricky was lining up properly to pick up the correct object when there were several in a small space. Interestingly, this wouldn’t have been such a problem in some previous games as you couldn’t drop objects then pick them up again, but Zero gets rid of the whole item box system and let’s you drop objects anywhere and then collect them later. You could even check the map to see where you’d left your items. That was quite a nice innovation despite being a little clunky, and combined with the tiny number of items you can carry led to some serious item management puzzles.

One thing that is quite novel in the game is the fact that it has two equal protagonists who you can switch between at nearly any point. You can only control one of them at a time, but you can shout orders to your partner and both of them will fight during combat, which was something I used to my advantage on several occasions (i.e. I ran away and let whoever had the grenade launcher deal with it).

The combat has never been the whole story in Resident Evil games and the other big gameplay device – the puzzles – are executed particularly well in Zero. The main reason for this is the way it utilises both character’s abilities in solving many of the puzzles, meaning you have to think carefully about how to use each of the characters when figuring out a puzzle. Giving the characters different abilities added an extra layer to how you think about each situation. There are also some nice little brain teasers, and there was one I particularly liked in the basement of the training facility in which you have to light a series of torches in the correct order as revealed to you in a riddle.

Overall I thought Resident Evil Zero was a highly enjoyable game that whilst not quite living up to the heights the series had reached previously, still had a lot to offer and featured some new gameplay elements that worked really well. The partner system, that would be re-imagined in Revelations 2, was a really innovative touch and for me Billy and Rebecca are two underrated members of the Resident Evil universe.

I found Zero to be an excellent way to start playing the series, and even if the story didn’t make a whole lot of sense, it still helped me overcome my fear of playing the genre and hopefully opened up more doors in terms of what I can play in the future.

So there we are! A romp through my experience playing Resident Evil Zero for the first time! But what did you make of it? Did you enjoy Rebecca and Billy’s quest to escape from the zombies? Let me know your thoughts and experiences with the game below in comments!

4 thoughts on “The Rookie Plays… Resident Evil Zero (on easy!)”